Reflections on bias in health care

Do black people feel less pain than white people?  Are overweight people at fault for developing diabetes?  Do doctors evaluate symptoms differently if a white man reports them than if a black woman reports them 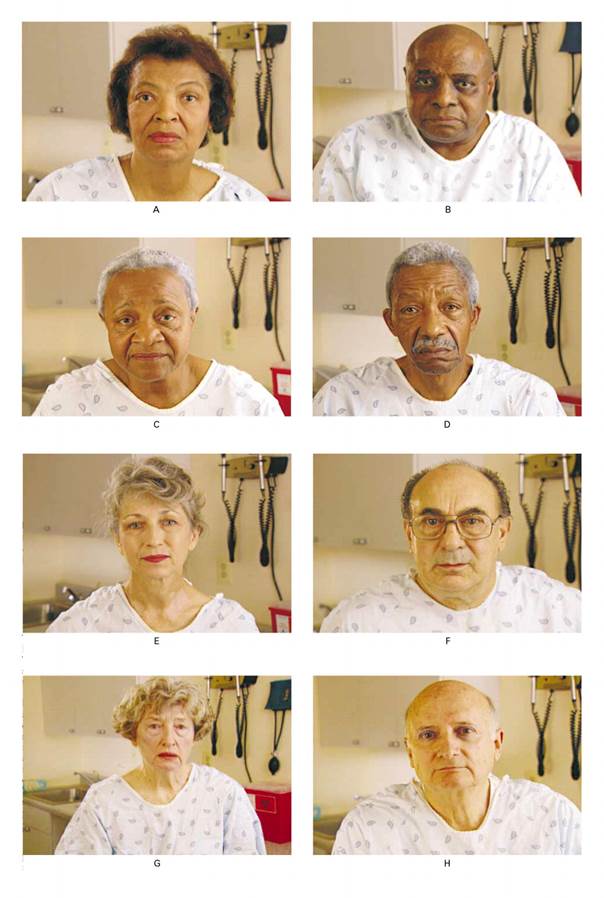 Most of us would emphatically answer these no, no, and no.  But there is evidence that the answers actually are much more complex than that.  For instance, there is scientific data that suggests that people hold unacknowledged attitudes that African-Americans feel pain less than white people.  Some people do feel that overweight people are personally to blame for their diabetes.  And there are studies that suggest that doctors evaluate and treat people differently based on race.  (The punch line of the study is that when the actors in this picture reported symptoms to doctors, they received different treatment recommendations despite identical symptoms – a fascinating study).

I think these are disturbing but important things to think about if we are going to address disparities in health care.

This post is prompted by a class that I facilitated at the University of Minnesota Medical School.  I was pinch-hitting for a colleague this week in a small-group discussion class that that aims to get these first-year medical students to think about something other than biochemistry and physiology.  Stuff like bioethics, humanistic care, doctor-patient relationship, and so forth.  There were ten of us seated around a table discussing the week’s topic – bias in medical care.  (As an aside – if these 10 thoughtful students are any indication – the future of health care is in good hands.)

I’d like to share some reflections from that session and offer some interactive resources for you to try – the exact same ones the students did.  And you don’t have to pay medical school tuition!  So read on, think about it, check out some of the links, examine your own biases, and leave a comment on this blog post. Let’s talk about it.

(At the bottom there is a link to a thought-provoking self-assessment that you may wish to consider doing yourself).

I think the first step toward addressing bias is to examine our own situation.  Here is my situation, in the proverbial nutshell:

I don’t apologize for any of them – I am happy with who I am.  But it is crucial to realize that I didn’t do anything to accomplish any of those things – and yet, my personal characteristics put me in a place of privilege.  Nobody would doubt me if I showed up in an Emergency Department with chest pain.  I’d get the appropriate tests in an instant and probably be provided with pain medications without delay.

So we talked about this with the medical students, starting with recognizing one’s own privilege and naming it out loud.  I told the students, especially the white guys, that it is totally OK and cool to be a white guy.  No apologies.  But it is important to recognize the privilege that comes with personal characteristics which you were simply born into.

Great quote:  “When you find yourself on 3rd base, don’t assume you hit a triple to get there.”

What is bias, anyway?   The medical students in our class watched the following video of a talk given by a physician who reflects on his own bias.  It is worth 15 minutes of your time:

This video raises several points to ponder, but two stick out for me.  First, Dr. Attia painfully recalls the contempt for which he held a diabetic patient – basically blaming her for needing a leg amputation because she was – as he recalls – “fat” and therefore somehow responsible for her decaying leg.  Years later he still feels the need for her forgiveness for this attitude that he wasn’t even aware of at the time (be sure to watch it to the end).  The second point is his recognition that medical science may, in fact, not always be accurate.  This second point is certainly true and something I hope to explore in future posts.  The first point is a perfect example of bias.

In our medical school discussion, we tried to acknowledge the possibility that we could be harboring bias even without knowing it – implicit or unconscious bias as opposed to  explicit or conscious bias.

First the one that is easy to identify – explicit bias.  This is something we deliberately think about and often verbalize.  Consider the current United States presidential campaign, when serious candidates for the presidency are endlessly providing examples of explicit bias:  accusing whole groups of people of nefarious deeds (Mexican people as rapists), labeling hundreds of millions of people into stereotypical categories (lumping all Muslims together), openly advocating mass killing of innocent people for being not like us (“carpet-bombing” whole populations of civilians).

These are open, deliberate attitudes that should be easy to identify and weed out (although sadly we often fail at this).  I would call them explicit biases and we should reject them outright.

Now the harder one.  Contrast explicit bias to implicit (or unconscious) bias.  These are the attitudes that we are not conscious of and that we may well deny holding when confronted with them.  But they are real.  Like Peter Attia in the Ted talk (click picture above if you missed it), I would never openly accuse a person with diabetes of being personally responsible for her gangrenous leg.  But deep inside me, would a part of me wonder if she could have tried harder to lose weight?  If she had only cared for her leg a little better could she have avoided an amputation?  I think that it is not only possible that I could hold such unconscious biases, I think it likely that I do.  And most of my physician colleagues do as well.

This part is hard  . . . examining our own bias

The medical students were asked to take a self-assessment, called an IAT (Implicit Association Test).  My first reaction is that the IAT is just another bit of academic jargon, but having tried it I found it actually sort of cool.  The test involves words and images appearing on the screen, and the students are asked to rapidly react to the images by making a selection.  No thinking about it logically.  Just react.

I encourage you to try an IAT – take a test yourself.  This can be difficult emotionally, so prepare yourself.  Hearing your own results may not be easy but it is eye-opening.  Before you take a test, read the materials from the Implicit project (a consortium of researchers) on the website and then take the test yourself.  Note that the interpretation of your results may be troubling to you.  With that in mind – give it a try.

Did you discover any unconscious bias in yourself?  How did it make you feel to hear that you may harbor attitudes that you were not aware of?  Do you agree that such biases exist in you?  And if so, what ought we to do with that information?  How is our society affected, not only in healthcare, but in other aspects of our life, when such biases exist?  Does bias contribute to unequal health care outcomes?

This is a conversation worth having.  Tell me what you think – leave me a comment!