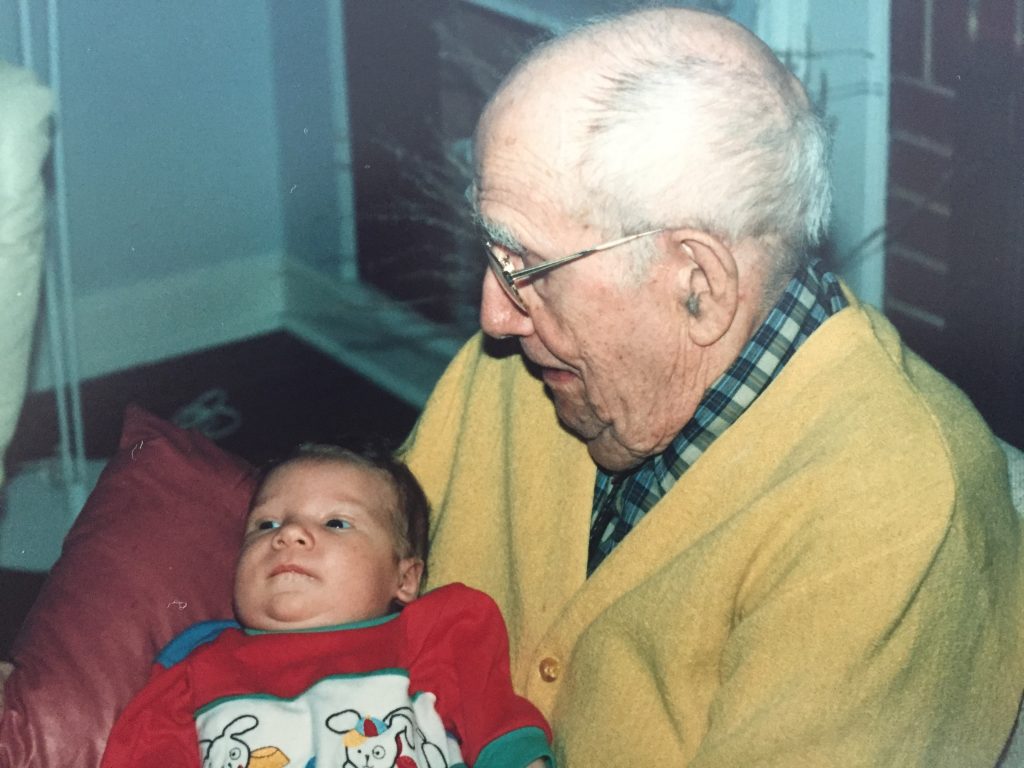 My grandfather, Heizel “Bill” Hilden, before he died used to say the goofiest things.  One doozy that I remember was when he flatly reported that the cane he carried came from the moon. It was a lovely gnarly wooden cane with white indentations if I recall.  But I doubt its provenance was the moon.   At least I’m pretty sure.

At the same time as Grandpa was talking about the moon and canes and such, he could also sing songs from his boyhood.  In Norwegian.  I doubt he had sung those songs in seven or eight decades, but apparently he nailed them – words and tune and all – in a language that he no longer spoke with any frequency.  That’s Grandpa with our son, Alex, in about 1994.  That kid is now 6’4″ tall.

I guess that is dementia in a nutshell.  My 90-something year old gramps had amazingly accurate long-term memory but couldn’t be dissuaded about the lunar origins of his wooden cane.

I bet many of you could tell a similar story of someone in your life with waning cognitive functioning.

In recognition of November Alzheimer’s Awareness Month, I hosted Dr. Anne Murray, a nationally-recognized researcher in dementia (and a colleague of mine) at the WCCO studios in downtown Minneapolis.  We talked about dementia, both Alzheimer’s and other types, and about the latest in research for this disease which is the 6th leading cause of death in the United States.  To hear the podcast of the radio broadcast about Alzheimer’s click the logo here:

Last July I discussed dementia in a previous post featuring another colleague of mine (Dr. Abigail Holley), so if you missed that post (the 6th most-popular post of the past year!), you may want to read it by clicking “Dementia is not normal aging.  It’s a Disease.”

So this post will not be information so much as a few stories.  The first was about my grandfather.  Let’s look at a couple more . . .

Dementia is on the rise 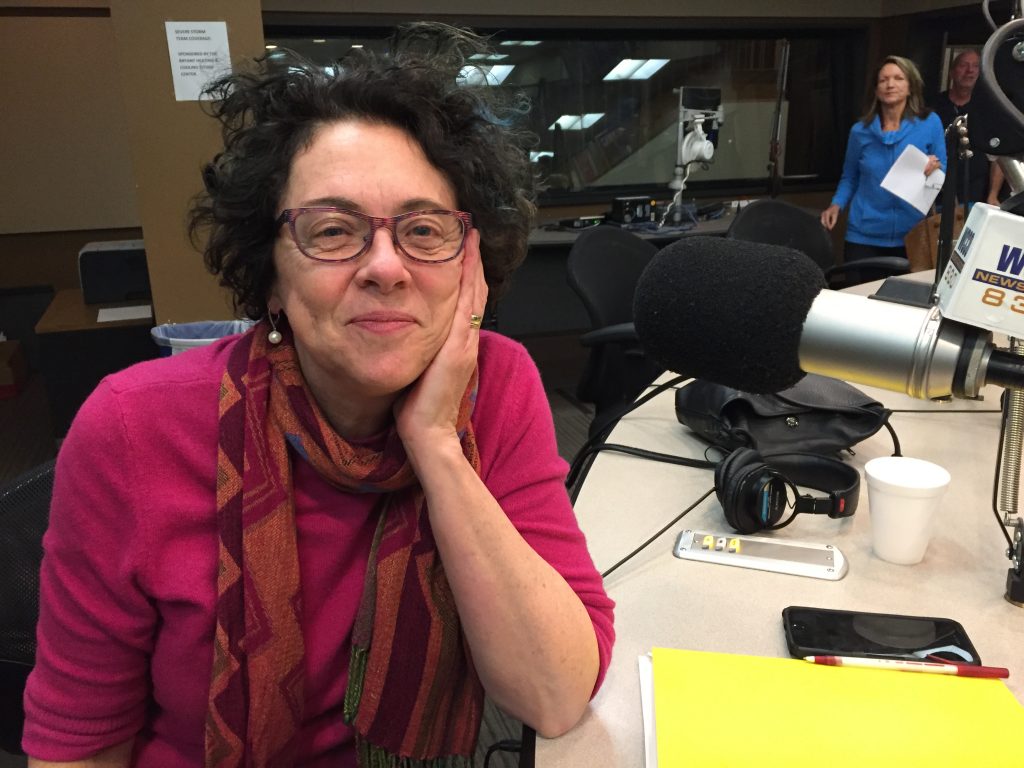 Dr. Anne Murray is a wealth of knowledge of dementia.  Not only is she an accomplished geriatrician, she has done awesome research around dementia and kidney disease.  To learn more about her, check out this interview in a recent MetroDoctors issue about Dementia.

Here’s one thing she said on the air:  Alzheimer’s disease is the sixth-leading cause of death in the United States.   And unlike the #1 and #2 causes, heart disease and cancer, which continue to decline , the rate of Alzheimer’s is increasing.  You could imagine that if this trend were to continue, dementia could become one of the leading causes of death in the future.  Not sure what the future holds, but it is thought-provoking.

I see many, many patients with advanced dementia in my practice so these statistics don’t surprise me.  One question seems to come up fairly often about dementia and mortality, that being, “Why does dementia cause death?”  Good question . . . I mean, what do people actually die of when they have dementia?

Often it is a medical complication that leads to death.  Since people with advanced dementia are generally bedridden and unable to communicate, they are at risk for blood clots in the legs and lungs as well as pneumonia and other infections which can lead to sepsis which is a life-threatening infection.  In these cases, we list the cause of death as “Sepsis, due to Alzheimer’s” or something like that.

But in many cases, a medical complication is not apparent, and the dementia itself is simply listed as the primary cause of death.  It is a slow and really emotionally wrenching process for families and caregivers.

Here’s a story of someone you don’t know.

I remember “Donna” (not her real name) whom I cared for in the hospital for the last days of her life.  Her family had brought her in after she became less responsive at home.  They had been caring for her for over 10 years and she had since lost her ability to communicate, feed herself, or use the toilet.  She was bedridden.

It wasn’t always quite this bad.  It started out with basic forgetfulness and repeating the same questions over and over.  Nobody was too concerned when Donna asked, over and over, where they were going when they got into the car.  She was cheerful and engaged, just a bit confused, and her family chalked it up to aging.

But over the years she began to act a bit strangely and her usual cheery demeanor became rather withdrawn.  She didn’t go out as much and didn’t seem much interested in doing much of anything.   She became irritable and would blame her daughter for perceived transgressions, like not getting home from work fast enough.

Her memory got worse over time, and she stopped recognizing familiar faces, though she knew her daughter, at least at first.  Then she started to forget who her kids are or where she lived.  She had grown up New Ulm, Minnesota, and insisted that she go back there.  At times she claimed to be back in New Ulm, though she hadn’t been there in years.

Then she started choking when she ate and her appetite declined.  She started losing weight. After about a year of this (I told you, it’s a looooonnnnggggg process), she stayed pretty much in bed.  Eventually, she could no longer talk and her kids didn’t even know if she was aware of her surroundings.  She just kind of stared at the ceiling.  She looked so frail her daughters did not know what to do.

We admitted her to the hospital and did some tests to see if anything immediately reversible was the problem, though I knew that this was dementia and that doing a bunch of tests was almost certainly not in Donna’s best interest.    We couldn’t find a reversible illness – no pneumonia, no urinary tract infection, no blood infection.  No obvious blood clots.  Nothing.

Donna’s family elected to pursue a comfort-directed approach after a process of thoughtful and love-filled conversation.  Donna peacefully died about 2 days after she arrived.  I wrote “Alzheimer’s Disease” as the cause of death.  It had been 12 years since she first started getting forgetful.  A long time.

Her family was tearful but relieved.

Here’s another story, this time of someone you probably know well. 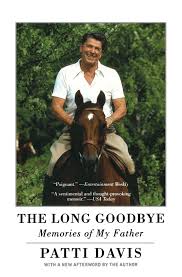 Like in Donna’s case, Alzheimer’s is a disease of families and not just one person.  In my daily work as an internist, I see lots of people with chronic illnesses:  diabetes, heart failure, cancer are common.  And each does involve not only the individual with the illness, but the entire family and circle of friends.  But with Alzheimer’s I think the effect on the family and others is as pronounced or even more so than in most other diseases.

One inspiring example of that is the journey of former President Ronald Reagan after he left office.

I remember when Ronald Reagan was diagnosed with Alzheimer’s disease, back in the mid-1990s.  Perhaps you do as well.  Via his wife, Nancy, and his children, the whole world at that time learned of the private struggles of this otherwise very public man.

Remember the phrase, “The Long Goodbye”?  It seems an apt description.  Here was a man known as The Great Communicator who quite literally lost his gift for communicating.  Nancy Reagan was pretty sure that a fall from a horse started the whole thing off, but whether or not that is the case, he did decline over about 10 years until his death in 2004.  What we in the public heard about his Alzheimer’s was not from the former President but from his family.  Which is so often the case with Alzheimer’s – it is the family who becomes front and center.

In looking into some of President Reagan’s story, I ran across this from his daughter, Patti Davis.  Here is a paragraph from a UCLA presentation (of which you can read more here):

“I felt like he was on a high wire and using every bit of his strength to hold on to it,” she recalled. When he drifted past that stage and the fear mercifully left him, Davis said, his family felt relief. “In this strange world, it makes perfect sense to feel relief when someone you love has drifted far past the terror of knowing what it is they’re losing.”  (Patti Davis, via UCLA).

Fortunately, if you or a loved one is experiencing dementia like Alzheimer’s, there is help and you are not alone.  Probably the best place to start is the Alzheimer’s Association so I recommending clicking that site for basic medical information, resources for caregivers, the latest in Alzheimer’s research, even a 24-hour help line.

And once again I want to highlight the great work being done here in Minnesota.  Check out the interview with Dr. Anne Murray by clicking here: 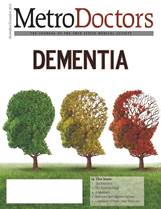 Thanks for joining me for my thoughts on Alzheimer’s Awareness Month.   Have a thought about dementia?  Leave it below.