Is is a cold or the flu? 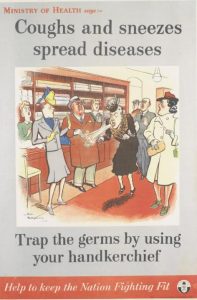 There’s a joke, probably only funny to someone from the great frozen tundra where I live, that goes something like this . . .

Q:  How does a person from Minnesota say “Hello”?

Get it?  It does seem like everybody around here has a runny nose and they’re all sneezing and coughing and talking with a scratchy throat.   In other words, a typical Minnesota fall.  Otherwise known as “cold and flu” season.  Not to be confused with “winter” which doesn’t start for another day or two.  Also not to be confused with the season of “road construction” which lingers on indefinitely or until the first foot of snow falls . . . .

So in keeping with the season, our Healthy Matters radio broadcast this past week had lots of buzz about colds and flu.  Perhaps the most common question I get:  How can you tell if it is a cold or the flu?

For starters, I can’t count how many times people insist to me that they have the flu – not a cold – because their symptoms are so much worse than everybody else’s.   And the fact is that influenza (the “flu”) causes more severe symptoms than does a cold.  But most of us, even those who feel pretty darn crummy, actually have a cold, not the flu.

To listen to the podcast of our most recent “Open Lines” Healthy Matters radio broadcast (without commercials!), click the logo here.

Symptoms:  Above the neck, below the neck

Note that most of these are in your eyes, nose, and throat.  We’ve all experienced these, n’est-ce pas?

Contrast that with influenza, where it is still possible to get the above symptoms but they are less prominent.  Here are prominent influenza symptoms:

The first two are the really prominent flu symptoms:  high fever and muscle aches all over the body.  Add a cough to that and that adds up to influenza!  Did you notice that stomach and intestinal symptoms (vomiting, diarrhea, nausea) are not prominent in colds and flu though some people do have intestinal symptoms with the flu.  Especially kids.

But the so-called “stomach flu” is NOT the flu at all.  It is a different condition called gastroenteritis.

Now that you know the medical terms for all these miserable symptoms, you can really impress your family and friends . . .  “Yeah, I was really laid up with my pyrexia and myalgias and I used a whole box of tissues for my rhinorrhea, epiphora and sternutation.”  Yup, talk like that to really sound cool to your kids.

For lots more information about influenza, check out the reliable Centers for Disease Control site. 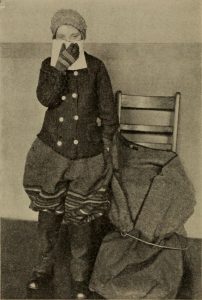 Another distinguishing feature of a cold is that is sort of sneaks up on you.  Often you can’t really pinpoint exactly when you got sick, but you gradually realize that you’re feeling worse and worse each day.  Usually colds take a few days to take hold of you, little by little, with less severe but really annoying symptoms.

I think the chap in the photo at the left has a cold.

The flu is a different story.  It comes on like a bolt of lightning, often over a matter of just a few hours.  I have had many patients tell me the time of day that their flu hit, as in “Hey, doc I was feeling fine and then mid-morning it hit me like a ton of bricks.”  Symptoms come of fast and they come on with a vengeance in the flu.

Now the women in the hospital beds in the next picture, well, they look more like flu patients.  (Actually, it is a picture of Mary Mallon – aka “Typhoid Mary” so she doesn’t really have influenza but it still looks an influenza ward so I’m sticking with this picture!). 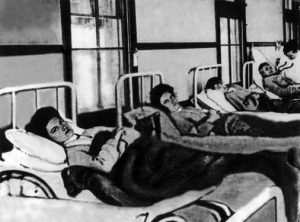 Here’s another way to think about the onset situation.  Colds, coming on gradually and less severely, often make you miserable but don’t prevent you from carrying on your activities.  People often go to work or school through it all.  No one goes about their usual routine with the flu.  You are flat on your back, more miserable than any cold you’ve ever had.

Treatment.  No, there is not a cure yet

The old saying is still true, no one has yet found a cure for any of these viral illness, cold or influenza.  These are both caused by viruses and with some exceptions, modern science has not outsmarted the (sort of) living creature that is the virus.

So what about the aisles of OTC (over-the-counter) remedies available to us at the local drug store (the chemist to you if you’re reading this in the UK!).  Do they do anything except drain your wallet? 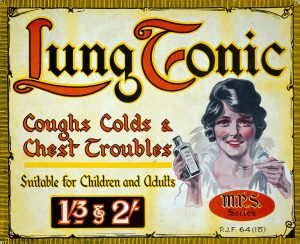 Well, yes, these medications do relieve some of the symptoms of a cold (and some of the flu symptoms).  Nasal decongestants really do . . . decongest.  At least for a while.  And sore throat lozenges do help for a minute or two.  But none of these things makes the cold or flu go away faster.

There is doctor’s bit of advice that I use sometimes, goes like this:

“Your cold will go away in about a week, but the good news is that if you treat it with these medications, it will only last 7 days.”

That’s for the cold (and some of the overlapping flu) symptoms.  There is a bit of a difference for influenza, in that there are some anti-viral medications that are effective (generic oseltamivir and zanamivir) that can shorten the duration of your flu but only if you take them in the first 1-2 days of your illness.  After that, they don’t do much of anything. 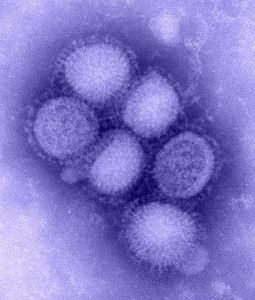 There’s another thing to know about treatment of the flu which really doesn’t apply to colds.  Influenza has the possibility of becoming secondarily infected – a whole separate infection – with a bacterial organism.  This leads to pneumonia, usually about a week or two after the flu.  Secondary bacterial pneumonia is a big deal and can be serious.  Unlike the initial flu, it does require antibiotics.

There’s an interesting fact about the big influenza pandemics (outbreaks), including the big whopper of them all in 1918.  It is now thought that in the majority of people who died it was actually secondary bacterial pneumonia that proved the fatal blow.  Tens of millions of million succumbed to flu and the resulting pneumonia in 1918, more than from World War I which was raging at that time.

Prevention really is the key

Yes, an ounce of prevention really is worth a pound of cure.

Here’s a few steps you can take to lower your risk of getting any of these viral illnesses:

And probably most important advice of all:

Get your flu shot.

Do this every year.  In the fall (October is best but do it anytime in the fall).

I guess it bears repeating since I hear it year after year after year after year . . . get your flu shot even though it is not perfect.  Yes, you can still get the flu even if you received a flu shot.  But it is a) less likely that you will get flu, and b) likely to be less severe with the shot than without it.  Nothing in medicine is perfect.  Don’t let “perfect” be the enemy of “pretty darn good.”

There is another reason to get your flu shot, and it is an appeal to your better angel side.  For many people (think very young infants, people nearer the end years of their life, people with chronic illness, pregnant people) – influenza can be very, very serious and life-threatening.  So even if you aren’t too concerned for yourself, get your flu shot for the other people who share the planet with you.

And no, you can’t get the flu from the vaccine.  A bit of achiness, a bit of arm soreness, sure.  But that’s not the flu.

Hope this was a bit helpful.  As always, thanks for checking in with me.  If you have not yet subscribed by e-mail, go ahead and do that below, and if you are so inclined, follow me on Twitter @DrDavidHilden.