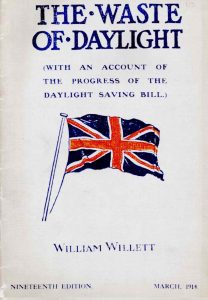 True story. . .   This past Saturday I set three alarm clocks in preparation for getting out of bed to do my Sunday morning Healthy Matters radio broadcast.  It was the start of Daylight Saving Time here in the United States and the broadcast is done live.  None of that sissy pre-taped business for me.  Oh no.  I drag my can down to the WCCO studios in chilly downtown Minneapolis to mumble my way through the show every Sunday morning.

But with that “spring forward” business with the alarm clock, I’m always worried that I’ll miss the show on this particular Sunday.  So I set three alarm clocks.

You know what complicates the adjusting of the clocks ritual?  It’s that the clocks are smarter than me.  It used to be that before I went to bed on DST Saturday, I manually adjusted all the clocks.  But now, most of them do it automatically.  The nightstand alarm clock does.  So does my backup alarm clock on my smartphone.  But the microwave doesn’t.  Neither does the one on the watch.  So I go to bed not sure which device is going to change automatically and which ones aren’t so I get confused and some of them are correct and some aren’t and holy cow am I going to be an hour late and if I wake up at 3:00 a.m. and look at the clocks some are accurate and some are not and I’m going to miss the radio show and there will be the dreaded “dead air” time on the radio and  . . . .

And I’m not alone.  Give yourself a 3 minute gift to laugh at this video from John Oliver:

Here’s what I thought I knew about Daylight Saving Time:

So I’ve dug a bit deeper into DST.  Read on for what I’ve learned, including a bit about the effect on sleep and wellness.

Sleep is good.  Not sleeping is not good.

In the second part of this post I’ll do my best to bust the myths about Daylight Saving Time.  But I’ll start with what we know and don’t know about the health effects of DST.  If you want to skip to the fun trivia myth-busting stuff, click here to jump to that section.

You may be surprised to learn that there is actual research done that shows some harmful effects of DST.  A word about this science, though.  As any good scientist would tell you (and I’m a big fan of scientists), you need lots more than a single small study to show effect.  In fact, even if you have a big study, you also need to have the findings of that study duplicated elsewhere before you place too much stock in the findings.  So I give you these findings more in the spirit of curiosity and not as the be-all, tell-all truth.  Don’t go getting all worked up about strokes and heart attacks and such.

First off, it bears noting that sleep, or lack of sleep, is associated with all kinds of medical problems.  But what about the specific effects of Daylight Saving on health?  Can one hour really make a difference?

(Reminds me of the time I missed a train when crossing the border between Spain and Portugal, which are in different time zones, something I didn’t know at the time.  Yes, an hour can make a difference!)

Here’s what I found:

Stroke risk.  A group of researchers in Finland found that stroke risk increases by about 8% in the two days after DST.  This makes a bit of sense since it was already known that stroke risk is a bit higher in the morning hours, and with sleep patterns disrupted during DST, it could alter that risk pattern.  After two days, people had adapted to the new sleep schedule and the risk was reduced.  Not sure what to make of this, after all the research was done by some Finns who probably also think a daily sauna solves everything from cancer to famine.  Which brings back a great memory for me.  Click here for my previous post about my personal experience with Finnish saunas full of naked men.

Heart attacks, too.  The Finns aren’t the first to find problems.  At the University of Alabama in 2012, researchers found about a 10% increased risk of heart attacks in the couple days following DST.  The thought is once again that the disruption of our sleep-wake rhythms is to blame.   And it is already known that Monday mornings are a high-risk time for heart attacks.  Really, not kidding.  People do have more heart attacks in the wee early morning hours of Monday mornings.  So maybe it is not too surprising that a disruption in our sleep patterns the previous night increases that chance.

Accidents and injuries.  Other scientists and policy experts have noted that there may be a link between DST and increased car accidents, workplace injuries, and other mishaps. Once again, the lack of adequate sleep is the true culprit in all these things.

At this point you may be asking, as I was, what does all this matter?  I mean really, you can’t honestly make a causal connection between the loss of a single hour of sleep and increase risk of stroke, heart attacks, and accidents.  Although there is an association between DST and these bad health effects, that does not prove that DST causes them.  I point out these health effects not so much to blame Daylight Saving Time, but to highlight what actually is true about the need for adequate sleep in our lives.

So that’s my main message: get enough sleep!  This is true regardless of what the clocks say.  March happens to be Sleep Awareness Month, so I’ll refer you to the National Sleep Foundation website for lots more information.   They have lots of reliable information and informative videos here.  There’s even one about Daylight Saving Time and how it is similar to jet lag.  Check it out.

OK, on to the trivia and myth-busting!

Benjamin Franklin was a lazy slug 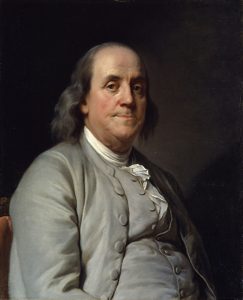 So one of the founders of our fine republic is well known to have said something like, “Early to bed, early to rise, makes a man healthy, wealthy, and wise.”  Old Ben wasn’t even being original.  Turns out Aristotle said much the same thing: “It is well to be up before daybreak, for such habits contribute to health, wealth, and wisdom.”  Then there’s “the early bird gets the worm” and  bunch of other words of supposed wisdom that are clearly biased toward early-morning risers.

So when Benjamin Franklin was rudely awoken (or is it “awakened”?) by a 6:00 a.m. Parisian sunrise back in 1784, he feigned surprise that the sun was, indeed, actually out at such a horrible time of time, he being more inclined to sleep in until noon-ish.  In a satirical essay, he cheekily noted his observation that Parisians could be so much more productive if they, too, awoke at the literal crack of dawn.  The savings in the candle expenditure alone would be an economic boon.

But he didn’t advocate for changing the actual clocks.  He just thought people shouldn’t sleep till noon.  Myth busted.

I always thought, all the way up to this morning as I was researching this blog post, that our agricultural roots were to blame for DST.  Just like the folks in the hilarious John Oliver video at the top of this post.  Turns out that isn’t right, either.  In fact, early on when the whole idea was floating around (during World War I), it was farmers were who opposed to it.  After all, farm work is far more closely tied to the rise and setting of the sun than it is to whatever time the clock says.  Something to do dew on the hay I guess.  In reality, it was urban interests that benefit from changing the clocks around.  People out and about and being more active in the evening perhaps. 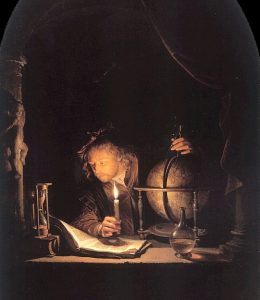 Then there is the thought that Daylight Saving Time, by extending the daylight into our evening hours a bit, would cut down on energy costs since, as Benjamin Franklin said, we wouldn’t have to artificially light our homes as much.  Purchasing fewer candles saved pre-electric energy expenses back then just as running electric lights saves energy costs now. Right?  Well, no.  In reality, I learned that energy costs go up, not down, due to DST since we all run our air conditioners longer into the evening.  And any savings by not needing to turn on the lights is well wiped out by increased expense to run air conditioners.

The US government, being all up in our collective face about stuff, does have a say in Daylight Saving Time.  But the only aspect that is written into US law is the start date and stop date of DST.  It is entirely up to the states to decide whether they want to do it at all.  And Arizona and Hawaii said “thanks, but no thanks” to the whole idea.  Arizona, if I am interpreting this correctly, decided not to do it precisely because of the energy issue (see previous paragraph).  What people in Arizona do not need is more sweltering sunlight in the summer which would require even more air conditioning!

But here’s a twist on the Arizona thing for you trivia buffs.  The Navajo nation spans several states in the southwest, so to keep things uniform, the nation does observe DST, even in the lands that are part of Arizona.  So there is an Arizona “donut” effect.  I just love this trivia stuff.  Read more about the Arizona donut here.

It is correctly Daylight Saving, not Savings, Time.  It’s part of an adjective, not a verb. Check your grammar.

I’m totally geeking out on the trivia as I write this post.  This is supposed to be a health and wellness blog, I know, but I can’t resist one more trivia bit: 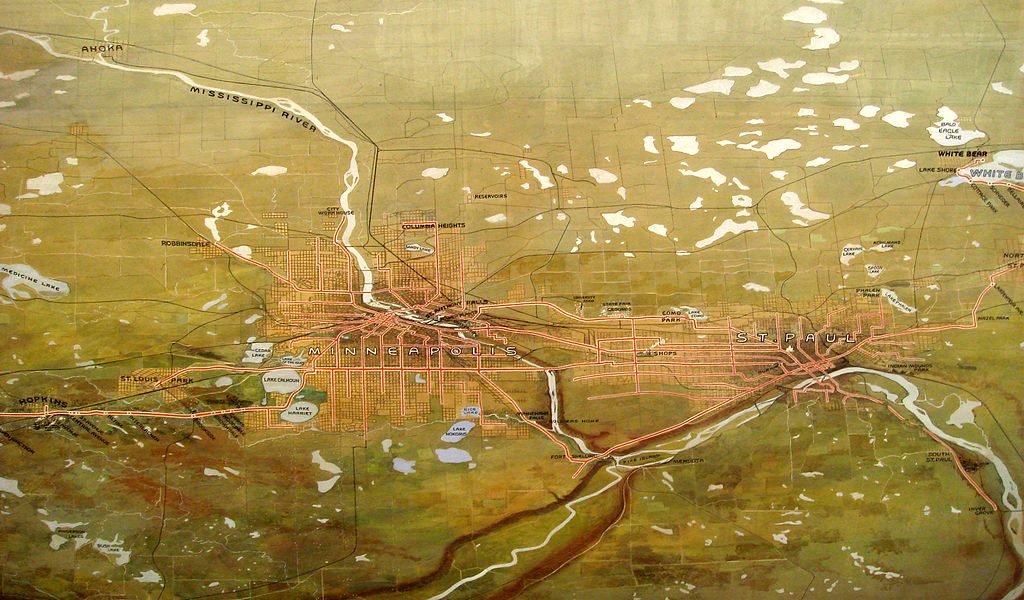 DST used to be a totally local concern.  One result was that in 1965 (hey, I was born that year!) my hometown of Minneapolis, Minnesota began DST two weeks after its twin city (of “Twin Cities” fame) of St. Paul by two weeks.  The clock literally changed an hour when driving across the Mississippi River, but only for those two weeks.  Clearly, St. Paul was in the wrong on this issue.   Spoken like a guy from Minneapolis.

I knew there was a cartography angle to this whole thing

To close, I’m going to go full map geek on you (as people close to me know, I must have been a cartographer in a previous life as I am somewhat obsessed with maps).  For a detailed look at time zones, DST, and a cartography look at the whole subject, check out this guy’s blog post called “Where to hate daylight saving time and where to love it.” 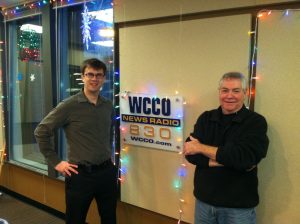 Denny Long and me doing a show

Hey, friends, thanks for checking in with MyHealthyMatters.  And if you’re up on Sunday morning, tune in to the LIVE radio broadcast at 7:30 Central Daylight Time on 830 WCCO AM, or catch in streaming online at wcco.com.  You can also download the podcast right from this site (just above my picture in the upper right).