An introduction to acupuncture and chiropractic care 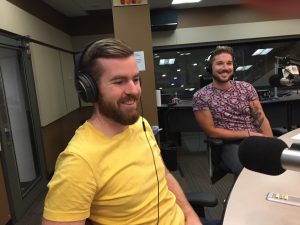 Medical school is four years long.  This is after four years of college.  It is then followed by three more years of intensive training during medical residency.  It’s a lot of learning.

So in all those years, do you know how much I learned about chiropractic care?  Just about nothing.  How about acupuncture?  Even less.  These are not disciplines that are taught in most US medical schools (at least the allopathic kind like I went to).

But research shows, and our day-to-day human experience probably confirms, that many people see chiropractors and acupuncturists for a variety of ailments.  In fact, many major medical systems, including my own at HCMC, offer a wide range of services to include chiropractic and acupuncture care.

To learn more about these disciplines, this past month on the Healthy Matters radio broadcast I invited two guests to help me out.  They were Robert Crane, an acupuncturist, and Peter Polski, a doctor of chiropractic care.  That’s the two of them in the WCCO studios during the live broadcast in the picture above.  Super nice guys, the both of ’em.

I encourage you to listen to the podcast of the show by clicking here –> Healthy Matters show #453, September 10, 2017.  Podcasts are great ways to listen, commercial-free, to the shows at your own pace.  Just download the show you want to your phone or computer and listen!

In this post, I won’t attempt to cover any of the specifics about chiropractic care or acupuncture.  They are disciplines to themselves and I couldn’t do either one justice in just a few paragraphs.  Rather, I’m going to give a bit of background on the two disciplines to give the neophytes among us a taste of what these practitioners can offer.  This is fairly new stuff to me as well as many of you, so I’m doing my best to learn something.  Read on, and more importantly, listen to the podcast!

The guy who started it all – the first chiropractor

Chiropractic care is based on manual manipulation of the body.  This is usually the spine.  The idea with spinal manipulation is to take a joint – like a joint in the vertebra in the spine – and move it past the place it usually wants to move, but not past the point that it is capable of moving.  The most common reason people get this done is for low back pain, and there is some scientific evidence that short-term relief from chronic low back pain is possible with spinal manipulation as compared to lots of the other things we do for and to patients.  Like medications which really aren’t so great at treating chronic back back anyway.

It is also thought to have some benefit in treating migraine headaches.  I find that intriguing and somewhat hopeful for migraine sufferers. 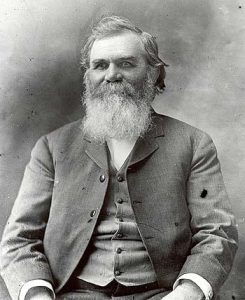 I looked into how this all got started, and it seems to have really taken off with a guy named D.D. Palmer.  Way back in 1895, this Palmer dude came across a janitor with back problems who happened to also be deaf.  Apparently after an impromptu session of spinal manipulation, the janitor felt much better, even claiming to have his hearing back.

Check him out in the picture.  Looks like a sturdy and amiable sort of guy.

Palmer even came up with the word chiropractic, which comes from the Greek cheir (hand) and praktos (practical) which all roughly means “done by hand.”

OK, I get skeptical about the hearing part!  Spinal manipulation isn’t going to cure hearing loss, but there is probably something to the good Palmer’s technique for back pain.  And modern chiropractic philosophy was born with that janitor in 1895.  This all went down in Davenport, Iowa where there is still a school bearing Palmer’s name.  Shout out to the Quad Cities (my wife’s childhood stomping grounds, though she’s from the Illinois side)!

Interesting origins of the field of chiropractic care.  Deaf janitors! 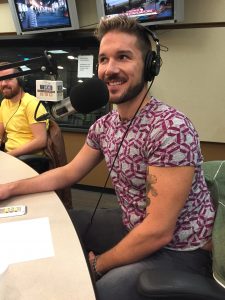 But now back to HCMC and the good Dr. Polski, my guest on the radio.  I bet he gets all kinds of skeptics still to this day, including among the medical establishment, when talking about his field.  But as a general internal medicine physician, I have treated a whole bunch of people with back pain, and to be honest, the interventions that I have to offer are not all that great.  Traditional medical doctors don’t have a lot of room for boasting about how great we are at treating back pain.  Or migraines for that matter.  So listen to the podcast and hear what Dr. Polski has to say.

He’s an amiable guy, too!  And smart.

We also talked about acupuncture on the show, this time with guest Robert Crane.  If I know relatively little about chiropractic, I know even less about acupuncture.  But there is something awfully appealing about the practice. 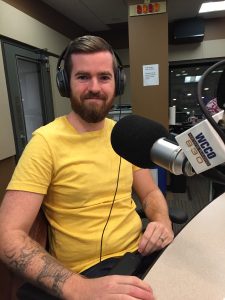 As explained by Robert Crane on the air, acupuncture is all about the flow of energy in the body.  This energy is called “qi” and the practice dates back a great long time from China.  Since people have been doing acupuncture in some sort for thousands of years, it is probably the oldest medical procedure still in use today.

Acupuncture comes from the Latin words acus (needle) and punctura (penetration).  It is done by trained people who insert needles into predefined places in the body (there are over 300 points they can use) which then are intended to alter the qi, or energy, along pathways, or meridians.

I did a little reading on acupuncture and it turns out that there is much more than needles.  It is really based on entire philosophies (the big ones are Confuciansim and Taosim) that have been developed literally over thousands of years.  I think I’ll do a bit more reading on this topic since not all knowledge comes from Western sources!  For instance, these ancient Eastern philosophies teach that healing of the body comes from within.  This is compared to Western medicine that does things to the body, or puts things (medications come to mind) into the body to achieve healing.  Acupuncture uses the body’s own internal energy.  Mind blowing concept!

So how does it fit into current modern medical practice?  Does it work?  What’s the science? 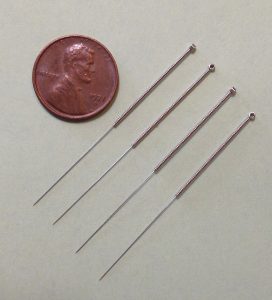 By Acuhealth via Wikimedia Commons

All good questions.  As best I can tell, there have been some scientifically sound studies that showed relief from some conditions, like pain, by using acupuncture.  But there is a lot that we in the western world aren’t all too sure about.  Including me!  But what I do know is that some people do get relief by acupuncture, acupuncture is really quite safe, and that the practitioners I know are well-trained, patient-centered, and they work in teams that included clinicians from lots of different disciplines.

I think that there is a role for a variety of different healing philosophies.  We think the heart is powered by electrical impulses.  Ancient Eastern healers might call that energy qi.  It seems there is room for both views – ying and yang.

As I said at the outset, this post isn’t meant to get into the details of chiropractic and acupuncture.  I’m not an expert by any means.  But I hope to get you at least introduced to these fields, and hopefully entice you to listen to the podcast of the recent radio show.  Peter Polski and Robert Crane explain things much better that I can!

Here’s another link to the podcast:

I haven’t written much in the past month as things have been really busy at work.  But I hope to write a post in the near future with quick answers to questions posed to me on the last two “Open Lines” shows from WCCO.  So check back often – and subscribe by e-mail, follow on Twitter @DrDavidHilden, or leave me a comment below if you wish.