The intersection of physical and mental health 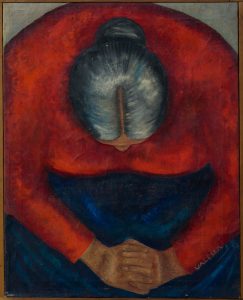 A good part of my medical practice at Hennepin Healthcare is in mental health.  Although I’m a general internist, meaning I specialize in chronic diseases of adults, I have a special interest in the intersection of medical and mental illness.  Consequently, I spend a hefty portion of my days on the inpatient psychiatry units.  So when a piece came out in the New York Times this week, I was immediately drawn to it.  Written by Dr. Dhruv Khullar from New York-Presbyterian Hospital, it is entitled The Largest Health Care Disparity We Don’t Talk About.  I strongly encourage you to read it.

This is particularly of interest to me since I have also been part of a group of five medical systems across the country who have recently published our own experience in caring for people with mental illness. You can read our very brief paper at the Annals of Internal Medicine.

In this post I’ll talk a bit about my own experience in caring for patients with mental health conditions.  I’ll end with a few suggestions.

People with mental illness don’t live as long as others

Two patients with similar problems – except one.

Consider Robert and James, two actual patients of mine (with some details changed for privacy).  I met them both when in the hospital.

Robert has diabetes, high blood pressure, and coronary artery disease.   Robert is prescribed an unremarkable cocktail of heart, diabetes, and blood pressure medications, all of them proven to be effective in treating his conditions when taken regularly.  Robert lives in a condo in downtown Minneapolis with his wife.  He goes to all his clinic appointments, takes his pills, works in the local post office.  He tries to be active, usually without much success, but he does walk for exercise on the paths along the Mississippi River.

So far that’s nothing out of the ordinary.  Maybe sounds like someone you know.  If Robert goes to his appointments, fills his prescriptions, follows up with diet and exercise advice, he has a pretty reasonable chance of living a normal life span.  These conditions are treatable.

Now consider James, another patient I saw in the hospital.  James also has diabetes, high blood pressure, and heart disease.  His primary care doctor prescribed the exact same medications as did Robert’s doctor.  When he’s doing OK, James lives with a few loose acquaintances and more or less takes his medications.  His mom checks in on him at times when she can find him.  He mostly watches TV but sometimes hangs out in the Minneapolis skyway system.  Everybody who knows him says he is the kindest guy you’ll ever meet. I can vouch for that – I always found James to be a soft-spoken guy who was courteous and an engaging conversationalist.

James also has schizophrenia.  Sometimes this makes him hear odd voices in his head.  If you push the point, he will acknowledge that the voice of some strange man in his head is not real.  He hears them nonetheless.   He’s not sure why he hears them, but he can’t be convinced that they aren’t real.  Because they are real to James.

When this happens, he sometimes goes outside and wanders around.  He mumbles to himself.  People look at him funny.  More than once, he has failed to come back – sometimes for days on end – to the couch at his friend’s apartment.  He gets brought into the hospital by police officers for a variety of reasons:  loitering at the entrance to the sports arena, making people feel uncomfortable at the bus stop, sometimes he is simply passed out asleep in a city park.  Once in the hospital, we learn that he hasn’t taken his schizophrenia medications for months, spends most of his time wandering the streets, and has lost his apartment.

We admit him to the hospital, we resume his schizophrenia medications, he stabilizes over a couple weeks in the hospital.  We discharge him back to the community, where the cycle continues a few months later.  He misses most doctors appointments.  He spends some nights in a homeless shelter where it is nearly impossible to safeguard one’s medications so his bag of pills goes missing.  He wanders around some more, gets brought in by the police again.  Misses yet another appointment.  He hasn’t seen his cardiologist in three years and his primary care doctor in 18 months.

This goes on for months and years.  Periods of relative calm punctuated by lengthy periods of chaos for James.

And all this time, no one is even looking at his diabetes, high blood pressure, or heart disease.  It is a situation on the verge of total collapse.  And indeed, at age 58 James has a heart attack and dies, 25 years too soon.

On his death certificate I wrote the Cause of Death:

But I didn’t leave it at that.

There is another line on death certificates, Other Contributing Conditions:

On that line I wrote schizophrenia.

The fact is that James died of complications of schizophrenia.

I can’t even count the number of people like James I have cared for over the years.  It’s in the hundreds.  Real people that I have known.

I think a major part of the problem is that we treat mental illness differently than medical or physical illness.  There is a big part that is a cultural phenomenon, one in which we look askance at people with mental illness.  Stigma of mental illness is pervasive in our society.   That’s a topic for another day.

But beyond stigma, let’s think practically.  Our medical system really isn’t a system at all.  Navigating our so-called system requires a great deal of persistence, planning skills, and financial resources.  Heck, I can barely make it through the morass of appointments, clinics, hospitals, billing departments, insurance companies, and pharmacy-benefit managers that make up our health care system.  Imagine how tough that would be for someone like James.  It is a system no one should have designed this way.

We shuffled James around between the hospital, the homeless shelter, the corrections system (even though he was a peaceful and non-violent and non-threatening guy), and pretty much left him to fend for himself.   And so he died too young.

Imagine a health care system with inter-connected parts.  One where James could have received the ongoing cares he needed, not only for his schizophrenia, but also for his diabetes, heart disease, and hypertension.  A system in which the coverage for mental health was equal to the coverage for medical health.  A system that was far less complex.  A system where insurance companies didn’t get to dictate what cares James received.

Our attempt at Hennepin

At Hennepin Healthcare, where I work, we are trying to intervene in at least one small way.  We realized that people with mental health, when hospitalized for a flare-up of their schizophrenia, or bipolar, or depression, were literally directly under our care for relatively prolonged periods of time (sometimes a few weeks or even months).  We decided to use that time to address the medical needs as well as the psychiatric needs.  Out of that notion was born our “Med-Psych” program.  The hallmark of the program is that we embed a medical doctor on the inpatient psychiatry wards 365 days a year.  The job of that internist and the staff of nurse practitioners and physician assistants is to manage the medical needs of those 102 people.  We treat their hypertension, we manage their diabetes, we get their confusing set of medications tuned up, so that when they leave the psychiatric hospital, they have had their entire person cared for, not just the “mental” part and not just the “physical” part.

I’m actually quite proud of this program.

What you can do

Here’s a few simple things you can do: