No amount of alcohol is safe. Oh, c’mon now. 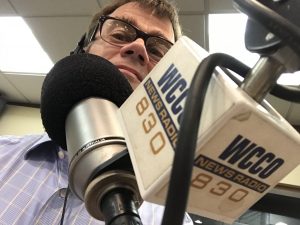 Hi, friends!  I’ve been gone on a bit of a hiatus but am back and ready to weigh in on the health care news of the day.  Like this eye-catching headline I recently read:

“No amount of alcohol is safe, health experts warn”

A new study was recently published that pretty much came to that conclusion.  The authors did a big retrospective look at previous medical research into alcohol use and concluded that there was no amount of alcohol consumption that could be considered safe.  This really made the news all over the place, like this sobering 30-second blurb:

Due to my unending dedication to finding sound medical advice . . . and even more because I had just enjoyed a nice glass of a dry rose wine on a hot summer evening and didn’t want a bunch of egghead researchers to spoil it for me . . .  I had to investigate further.   Read on for my take on the latest alcohol brouhaha.

Is alcohol good or bad for you?

Most of us, including those of us in medicine, have long concluded that light alcohol use is probably not only not harmful but may actually be beneficial.  We’re fond of quoting research which concludes that a glass of two of red wine daily may be beneficial.  Witness the popularity of the Mediterranean diet which does include the option of a glass of red wine daily (along with fish and veggies and olive oil all eaten in a family/communal setting which may be what really makes that diet so good).

Which is bummer news for many.

A few important points about the Lancet study . . .

The study was a meta-analysis.  This is a research method that evaluates lots and lots of previous research on a particular topic to find associations.   This study looked at nearly 700 previous works of research in an attempt to determine alcohol use patterns and whether those use patterns affected illness.

Even though any one particular study may not be statistically powerful enough to learn much, a meta-analysis is a powerful way to increase the statistical significance of research.  This alcohol study, being so large and comprehensive, is a powerful statistical tool.  I think you can believe what it found.

But what did it find?  It found that over entire populations, there is an association with alcohol and illness.  This is probably true.   But it is not designed to determine if alcohol was the actual cause of the illnesses.  It could be that people who drink more alcohol also smoke.  Or are poorer.  Or have genetic reasons for illness.  We just can’t tell.  These are called confounding factors and are a feature of meta-analyses that must be considered.  So just because a conclusion is statistically significant, it does not automatically follow that it is clinically significant.

In other words, the effect was not as big as you might think.  The researchers found:

You can decide for yourself whether these are big differences or not.

The study only looks at populations of people.  This is epidemiology research which means it intentionally looks for large trends across whole groups of people.  For that it is informative – more alcohol is probably not healthy compared with no alcohol when you look at whole societies.  But you can’t apply that conclusion to individual people.  For some people (for instance – those with alcohol dependence, liver disease, and those driving vehicles on our roads) there is truly no amount of alcohol that is safe.  Zero drinks per day is the only safe amount for those folks.

But for people without additional risk factors it is probably safe to have one to two alcohol drinks in a day.  And for some people, it may actually be true that a glass of red wine a day is helpful to the heart.    Important note:  you can’t drink 14 glasses or wine or beer on a Saturday night and proclaim that you “averaged only two per day for the week.”  Doesn’t work that way.  And anything more than 1-2 per day on a regular basis is probably not healthy.

So I tell people to relax.  If alcohol is a problem in your life then no amount is safe.  If not, light to moderate alcohol consumption is probably not harmful.  Maybe even healthy for some.

This study has merit.  It does highlight for us that alcohol is not entirely without risk.  It hopefully alerts us to the need for wise attitudes toward alcohol use – attitudes that do not tolerate drinking and driving, attitudes that treat alcohol dependence as an illness and not a character flaw, and attitudes that recognize the complex effect of alcohol on our communal life.

Hope this was helpful.  Thanks for checking in after my long break (I was in Africa!).

Stay connected with me: