Maybe your doctor should be a woman

Dec 23, 2016 | Ethics and philosophy, Health in the News, Humanities and Medicine, Medical research

Quick, picture in your head a highly competent physician.  What does that person look like? 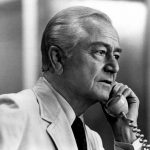 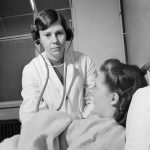 For the record and the recognition, that’s Dr. Gibson-Hill, a doctor in Bristol, England.  You probably know the guy in the top photo.

History has maybe ingrained in us the image of doctors as many things, but first of all they have been men.  The reality, even dating back over a hundred years (Elizabeth Blackwell, anyone), is that women have served as physicians for a great long time.

And the reality today is that women are a huge part of the physician workforce in the United States.  I remember vividly one moment during the first hour of the first day of my Medical School education at the University of Minnesota some 20 years ago.  The Dean stood up in front of the nearly 200 of us eager young medical students and announced that for the first time in that school’s history, more than half the medical students were women.  The room erupted in applause that day.

My current practice bears this out.  In my group of hospitalist physicians at HCMC, we have 17 women and 14 men.  So when you see a doctor in our hospital and I presume at all other hospitals in the country, you are likely to be cared for by a physician who happens to be a woman.

This is a good thing.

I’m writing this post in response to a recent scientific article that was published just this week in JAMA Internal Medicine –a respected medical journal.  The article is called “Comparison of Hospital Mortality and Readmission Rates for Medicare Patients Treated by Male vs. Female Physicians” and its conclusions are startling:

People may actually be less likely to die or be readmitted to a hospital if treated by a female doctor than if by a male doctor.

Holy smokes.  My very masculinity is under attack!

First, for a good overview of the research, check out this Los Angeles Times piece (complete with video).

Next, here’s the journal in which the article appeared: 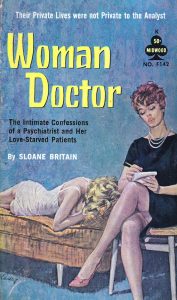 Oops.  Wrong journal.  Here is a link to the actual journal article:

So are women better doctors than men?

Full disclosure:  I’m a male physician.  At least I’m pretty sure I am.  So there’s that.

That being said, the idea that women may be better at the doctoring-bizness really intrigues me and I have to say, doesn’t really surprise me.  But rather than giving my thoughts, for the rest of this post I decided to seek out a living, breathing, female physician.

I searched far and wide for a female physician.

Actually, I just walked 30 feet down the hall and found one of my colleagues, Dr. Wendy Stansbury-O’Donnell laboring at her desk and curing the sick and such.  I asked her what she thought of the article.  Wendy is a terrific doctor, having done both primary care in the clinic and who now specializes in the care of hospitalized patients.  That makes her a “hospitalist” just like the physicians in the JAMA study.

My interview with a bona fide female physician

Here are paraphrased snippets of my conversation with Dr. Stansbury-O’Donnell:

David Hilden:  What did you think of the article? 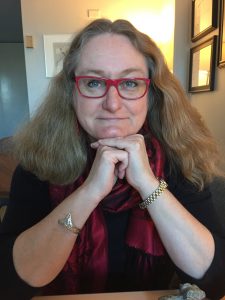 Wendy Stansbury-O’Donnell:  I think it was great.  I was not surprised (at the findings that women may be better doctors) but what will surprise me is if any real soul-searching comes from this.  I think people will find it amusing . . . maybe become a Saturday Night Live skit . . . but beyond that not much meaningful change will come of it.

WSO:  If this article had shown that men actually were the better doctors, there would be a movement to find out why women are not performing as well as their male colleagues.  There would be calls to supervise women in practice to match what the men are doing.  That won’t happen, however, because the men were the ones who did not perform quite as well in reality.  It will be dismissed as an  amusing finding.  But men won’t be required to adopt the practices of their female peers.

DH:  Do you believe findings of the study?

WSO:  I believe the study for complicated reasons.  There are some characteristics of women in medicine that could explain the difference.  For instance, women are more likely to practice medicine part-time which means they see fewer patients.  Women are also more likely to practice in a multi-specialty health care system as opposed to a small independent practice.  That means she may have more support services to help her patients.  And if it means she is more able to practice evidence-based medicine (editorial comment – that means medicine based on proven science as opposed to hunches and guesses – drh) then that could result in better outcomes for her patients.

DH:  So are you saying that maybe women are better doctors because of factors not related to being a woman?

WSO:  It is more complicated than that.  Those factors are just a part of it.

There really are different expectations for how women do their jobs than for men.  I think both patients and other provider staff expect different things from women than men.  I think patients are more willing to be open with female doctors than with male doctors.   They may feel more comfortable telling their female doctors things about themselves that they do not tell a male doctor.  That could result in woman having a more complete picture of the patient than a male peer.  And that could lead to better care in the long run.

DH:  That could also mean a larger burden is placed on a female doctor than a male doctor.  You know, hearing all about her patient’s problems.

DH:  Are women just better listeners?  Does it matter?

WSO:  I think women are better listeners.  In medicine, good care is team-based care.  The better the team communicates the better the care will be.  So listening to other team members is important.

Take the re-admission problem.  It is not just patients who are more willing to engage women doctors in complex issues.  Support and other care team members (social workers, nurses, care coordinators, etc) may be more comfortable talking to female physicians about patient issues that are not strictly medical in nature.  For instance, a social worker may confide in a female doctor that Mrs. Jones in room 823 lacks adequate money to pay for her medications, so the doctor makes adjustments to those medications.  That same social worker may not be as willing to do this with a male physician for a variety of reasons.  Maybe she doesn’t want to bother him with such details or something.  As a result, the female doctor’s patient may not be as likely to be re-admitted to the hospital.

DH:  Great comments, Wendy.  Thanks for chatting.   You should get paid more.

At this point I had to let Dr. S-O go off and do her job.  And I actually didn’t say that last snarky comment!

What do you think?

So the conclusion section to the JAMA Internal Medicine article states:

“Elderly hospitalized patients treated by female internists have lower mortality and re-admissions compared with those cared for by male internists.  These findings suggest that the difference in practice patterns between male and female physicians, as suggested in previous studies, may have important implications for patient outcomes.”

All kidding aside and even as a male doctor, I can vouch for much of this.  I work with a bunch of incredibly talented internists – male and female – and I’d gladly allow any of them to care for me.  But we could all learn something from the way women practice.  As Wendy said, there are things we could learn about team-based care, listening, practice support that would benefit all of us.

What do you think?  Leave me your thoughts in the “Reply” section below.  Subscribe by e-mail as well.  Love to have you join the growing Healthy Matters family!