Incontinence is a great topic for a Sunday morning chat 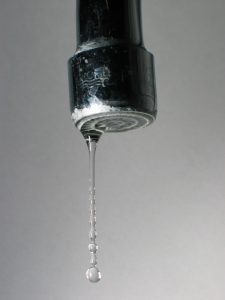 By Dschwen – via Wikimedia Commons

It is Sunday, November 12, and you get up in the morning like you always do, splash some warm water on your face, pour yourself a cup of coffee, maybe make scrambled eggs, and you sit down at the breakfast table for a relaxing start to your day.  Maybe you read the paper, maybe someone from your family is sitting across from you.

Then you turn on the radio and there are two guys having a conversation about . . . male incontinence and erectile dysfunction.

So much for the tranquil start to your day.

Those two guys talking about male parts and bodily functions were none other than me and my guest on Healthy Matters, Dr. Travis Pagliara.  He’s a urologist at Hennepin and our topic for this fall Sunday was male incontinence and other unsettling issues.  And you know what?  It was a blast.  Dr. “P” is super knowledgeable about a topic that most men don’t like to talk about but that has a big impact on their lives.  So read on for a bit of wisdom about the plumbing, gents.  And women, read on so that you find out what guys are experiencing  . . . but maybe aren’t telling you about.

Dr. Pagliara is a riot and if you are the least bit uncomfortable with this topic, I encourage you to listen to him on the podcast of the show.  You won’t be uncomfortable after listening to this guy.  He’s fun AND he knows his stuff. Check out the podcast by clicking the logo below.  You can also subscribe to the podcast on this link.  That way you can listen whenever you want on your computer or mobile device, without commercial breaks.  What could be better?

Incontinence is common in men 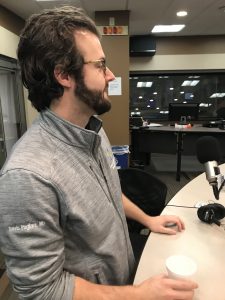 First, the basics.  Urinary incontinence, though more common in women than men, is still quite common in older men, perhaps affecting 1 in 10 men or so.  Incontinence is usually one of these three types:

There are lots of causes for these.  For a good introduction, listen to Dr. Pagliara at time mark 8:45 on the podcast.

Blame it on the prostate?  Sometimes.

It’s hard to talk about most male urologic issues without bringing out the prostate.  Dang the prostate!  It’s the bane of men over a certain age when it gets enlarged which can lead to slow urination, or more frequent urination, or urge/overflow incontinence.

Which leads many men – and women – to ask: just what does the prostate do?  The short answer is that it produces prostate fluid (such an unimaginative name!) which is a major component of semen.  So the prostate is for reproduction.  So guys, as much as the prostate bothers you when you are older, you can thank it for those cute little grandkids sitting on your lap.  So there’s that.

But when the prostate gland gets enlarged (as it does for most men who live long enough), it pinches off the flow or urine through the urethra.  Look at the diagram – see how the urine must flow right through the middle of the prostate?  It isn’t too hard to imagine what could go wrong if that prostate were to grow in size (from cancer or non-cancer BPH).  Dribbling, weak urine, and incontinence ensue.

Also, if the prostate gets cancer it sometimes needs to be surgically removed which leads to incontinence in a decent percentage of men who have surgery.  So yeah, the prostate is to blame for much of the male incontinence.

But not all of it.  As Dr. Pagliara pointed out, there are other reasons for incontinence.  Among them are diabetes, stroke, neurologic problems like multiple sclerosis and Parkinson’s disease, medications, cigarette smoking, alcohol, and maybe even being overweight.

Happily, there are treatments 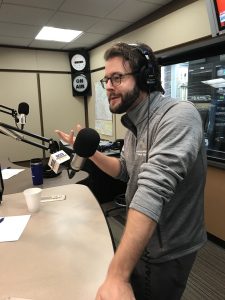 My main message about male incontinence is not to teach you a whole bunch about the causes.  My main aim is to let you know that there are treatments!  The treatments range from simple lifestyle interventions all the way to surgery.

Pads and undergarments.  Although men may not like to admit they need these, sometimes all it takes is an undergarment to substantially improve quality of life.  Dr. Pagliara talked on the radio broadcast about a patient of his who could no longer even sit in his boat fishing because of loss of urine control.  Rather that give up fishing – which in Minnesota is pretty darn-near a blasphemous notion – how about using a simple padded undergarment.  Lots of products are geared specifically for men and are unobtrusive.  Somehow I don’t think women would be so reluctant to wear undergarments, having gotten used to such things over a lifetime of pads and such.   Just a hunch.

Kegel exercises.  Lots of women know about these.  But men can do them too!  Learn how to do them from my friends at the Mayo Clinic.  No cost, no equipment needed, no medications!

Medications can be helpful, particular for overactive bladders.  Talk to your primary doctor or urologist. 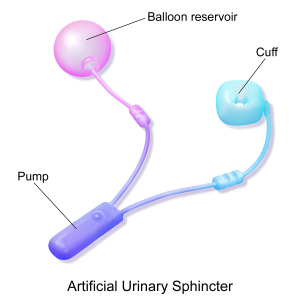 Surgery is an intriguing option. I didn’t know much about this one, but check this out.  Dr. Pagilara at Hennepin does a surgery called an artificial urinary sphincter.  It’s a ring that is surgically implanted around the urethra and connected to a itty-bitty pump.  The ring is usually closed, thus holding the urine in like your own sphincter is supposed to be doing.  When needing to void (medical term for urinate), the patient has the ability to relax the ring.  So slick.  Very few urologists perform this procedure, but Dr. Pagliara trained at one the nation’s foremost centers for this type of surgery and he brought his expertise to Hennepin in downtown Minneapolis.  Make an appointment with him at 612-873-6963 or check out the website here.

I founds lots of cool pictures of how this thing is implanted in a man, but without a bit of context I chose not to include them here.  May freak you out a bit!  But I do recommend listening to Dr. Pagliara describe how an artificial urinary sphincter works on the podcast.  He talks about it at time mark 13:20.

More than a pill.  Erectile dysfunction.

OK the entire topic of erectile dysfunction is really ripe for jokes and humor.  True enough.  But as we learned on the show, it is also a significant detractor from quality of life for many men and their partners.   And for those of you still using the term impotence?  Tsk tsk.  The correct term is erectile dysfunction (ED). 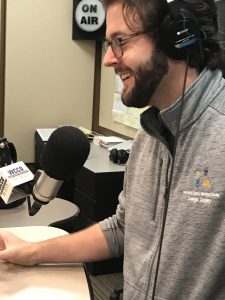 I asked Dr. Pagliara about the various pills for erectile dysfunction.  You know, the ones that appear in advertisements nearly every day.  If you believe the commercials, all men, regardless of age, will be either taking a side-by-side bath with his sweetie (but apparently not in the same bathtub), or he will be attracting the come-hither eyes of a variety of gorgeous women of a certain age, or he will be smarter and thinner and richer and who knows what . . . all if he takes a simple little pill to improve his sex life.

The pills are only effective in just over half the guys who take them.  And yeah, they are somewhat effective for those guys.  But that leaves a whole lot of men for whom the pills don’t work.  This is either a somewhat discouraging thought (usually the view of the man) or a huge relief (oftentimes the view of his partner).

So what else can be done?

First of all, I think it important to figure out the cause of erectile dysfunction.  For many, it is a vascular problem.  The pills may help those men or may not.  For others, it is a nerve problem, and the pills aren’t likely to help in that case.  For many, many men, the problem isn’t with the equipment at all but is rather a psyscho-social problem (in other words, the problem is in the brain due to stress, relationship issues, and so on).

Once the cause is determined, a treatment can be devised.  I’m not going to focus at all on the pills.  Rather, I’d like to make you aware of some of the options a urologist can bring.  Dr. Pagliara talked about penile implants – yes, you read that right – that are actually among the most effective and most well-regarded treatments of all for the men you use them.  Listen to Dr. Pagliara describe it on the podcast at time mark 26:23.  It’s not scary when he explains it!

Want to know more? Just listen to the show!

To listen to an engaging and informative and dare I say . . . fun . . . discussion about all these topics in male urology, I urge you to listen to the podcast from start to finish.  Dr. Pagliara is a great teacher, a smart urologist, and a fun guy to listen to.  Check out the podcast here.

There.  I made it through a post about male bodily functions.  Enjoy your breakfast.