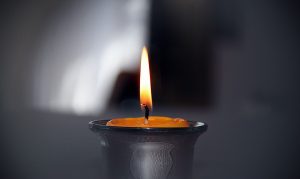 This has been a tough week as too many people have died way too early.  I’m going to write a few thoughts about young lives cut short – one from my own life and one from the nation.  No links to medical information, no medical advice, nothing funny and probably not too uplifting.  I think I just need to make note of these young lives. Sorry it is a sad read.  Just some reflections and a poem at the end.   Thanks for reading.

Recently I had a sad day at work.  A young woman whom I had been caring for died.  She was not yet 25 years old.  I can’t tell you details about this young adult as she deserves privacy even in death just as in life.  (And in fact I have fictionalized even what I have written here).  But I can tell you what watching someone die feels like and what it is like to tell a mother her child does not have long to live.

This young woman led a vibrant life.  Her family was from another country.  She spoke English but her parents did not.  She had family who loved her.  She worked hard at her job.  She was courteous and brave in life.  I talked to her every day.  She was soft-spoken.  She looked tired but determined.  There was a depth in her eyes that seemed to say she knew what was to come all the while hoping for something different.  Then one day she stopped breathing and it was over.  In a matter of weeks.

I sat down with her mother and other family members before she died and explained the medical situation as best I could through an interpreter.   Her mother wanted to know how serious it was.  I sensed that she wondered why doctors here in the country with the most advanced health care in the world were so powerless to save her child.  I told her that her daughter would not survive long – maybe days, maybe weeks, probably not months.   I told her I was so sorry and that I wished that I could tell her something other than what I was saying.

The sorrow in her eyes said as much as any words.

In Orlando, 49 people also died while soaking up life in a nightclub.  They were mostly Latino.  Mostly gay.  Mostly young.

Of course I did not know these folks.  But I can assume a few things.  They were at a place which is supposed to be safe.   They were probably laughing and dancing and maybe flirting.  And there are so many mothers and fathers and family and friends despairing.

I couldn’t care less about the guy who shot them, at least not now.  He deserves compassion as well.  But what is clear to me is that all people deserve to be safe and loved.  Hatred for those who are not like us is an illness that we must eradicate.  So to LGBT people, whether I know you or not, we despair with you and you are loved just as you are.

I am not resigned

My favorite poet is Edna St. Vincent Millay.  She wrote “Dirge Without Music” which for years has resonated with me whenever I reflect on people dying too young.   Read it out loud sometime and think about someone you have lost.  Perhaps you will find it as poignant as I do.  Or watch Joan Crawford give it a dramatic reading here.   And thanks for reading this.