Do you need an annual physical? 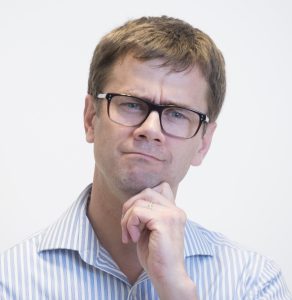 I’m a doctor (duh).  I do annual physicals sometimes (duh, again).  But I recently was put in the position of debating another doctor – on live radio –  about whether or not the annual physical is doing anybody any good.

Of course, physicals help people to, well, stay healthy.  Right?  Not so fast!  This isn’t as simple a question as it may seem.

The big debate occurred about a couple weeks ago when I was asked to be on Southern California Public Radio, KPCC 89.3 FM out of Los Angeles.  I was on the long-running show AirTalk®, hosted by Larry Mantle.  It was set up as a “pro vs. con” debate between me and a physician-researcher from Harvard, Dr. Ateev Mehrotra.  Dr. Mehrotra has done a great bit of research on just such topics.

I invite you to listen to the audio segment from SoCal Public Radio.  It’s about 18 minutes long, and you can access it from their website, KPCC.ORG, under the AirTalk® section.  It ran on Wednesday, January 17, 2018 so go to that date in the archives and scroll to the bottom.

Guess which side I was on?

In a debate about whether or not an annual physical is needed, you may think that a doctor like me, who actually does them, would automatically fall on the say of “Heck, yeah, you need them.”

That’s not quite right, though.  To be honest, frank, candid, and straight-up truthful with you, I support the scientific evidence that there is no known benefit in getting an annual routine physical, and there may be some harm in it.

But on the SoCal Public Radio show, I was the guy arguing in favor of the physical.  What gives, am I a big phony hypocrite?

Here’s my bottom line opinion:  The routine annual physical as we all know it is not helpful.  But there is a benefit to building a relationship with a primary care doctor or provider, so I can imagine a routine “physical” that serves a different purpose than what we are doing now.  Read on as I flesh out the arguments a bit more.

And I do encourage you to listen to the debate on KPCC.  Dr. Mehrotra is terrific and explains things much better than me!

The CON argument:  why an annual physical is not helpful

Does the following scenario sound familiar to you?  I’ll put it in a blow-by-blow account:

Except that most of what I just described has not been shown to help you in any meaningful way.  Won’t make you live longer, that we know.  With the exception of the colon testing and mammogram, literally NOTHING the doctor did in that exam has any scientifically proven benefit.

Does that surprise you?

Yes, a mammogram does save lives.   Yes, colon cancer screening does save lives.  Yes, vaccinations do save lives.   If your doctor orders them at your annual physical, then that’s a good thing.  But they can be done at other visits, or via the phone. They don’t require a separate visit.

Not only is there no evidence that all those tests and that exam didn’t benefit you, there is some evidence that it might actually be harming you.   That’s because some of those (unnecessary) tests lead to more tests, more biopsies, and more invasive procedures.  Some of these will actually harm a small percentage of the people getting them.

And that doesn’t even count the financial costs to our over-burdened health care system.

Don’t believe me?  Listen to Dr. Mehrotra on the KPCC show (link above).  Or read his own perspective on this which was published October 2015 in the New England Journal of Medicine.   A free link is here: Improving Value in Health Care: Against the Annual Physical.  For non-medical people, let me just say that something published in NEJM is the real deal.

The PRO argument:  in favor of routine physicals

So the science is actually pretty strong against the annual physical.  So what’s the argument FOR getting one?  It was my task to make that argument on the AirTalk® program for the good folks of southern California.

Let me frame it by asking this question:  What is satisfying about your doctor visits and what is not?  I’ll bet not much of what I described above is very satisfying to you.  Even though you have come to expect it, it still seems to fall flat on the patient experience scale, eh? 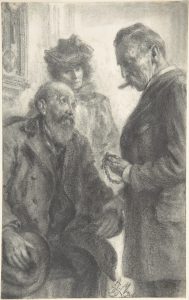 I think what is satisfying, and therefore of potential value, is the relationship you build with your doctor.  Think of the small-town doctor, who runs into her patients in the grocery aisle.  They know each other.  The doctor has a baseline sense of how her patients look, and how they sound, and how they act.  The doctor knows about her patient’s children, knows that her patient sometimes gets depressed but is overall coping OK, knows that her patient has been trying to exercise more but her family gatherings are so stressful that she tends to overeat and drinks too much.  The doctor knows all that because of a doctor-patient relationship forged over many visits and many years.

In the chaotic, impersonal, computer-driven and lab-test focused annual physical, none of that happens.

But if we throw out all those unnecessary tests, maybe turn away from the computer in the exam room for a few minutes, maybe just talk and listen to our patients, the routine physical may have some value.  It may approximate that small town doctor-patient relationship just a bit.

So I think a routine “check-up” with your doctor has value.  I just don’t think the current annual physical provides that value.  So I’m with Dr. Mehrotra on that point.  But if we could re-design our system so that people could develop long-term relationships with their doctors, I think there may be unmeasured benefits.  Not sure how to make our cost-conscious system make it happen, but I think it worth a try.

And none of this applies if you are sick.  Go to the doctor in that case.  We’re talking about those visit when you are feeling fine.

There is another argument for routine health care and that is relates to underserved populations.  It is true that some people (people of color, poor people, those with mental illness are just some) have health outcomes that are not as good as more privileged people.  They simply don’t live as long.  I think that is an unacceptable situation.

There are loads of reasons for health care disparities and it is so important to have that conversation.  I didn’t think to bring it up on the SoCal radio program.  But it seems true that for people who are already at risk for poorer health, having a trusting relationship with a doctor is even more important than ever.  Some people are rightfully mistrustful of the health system due to years, even centuries, of unfair and sometimes downright hostile practices toward them.  So they may avoid the health care system when they get sick.  And if they had a trusting primary care doctor, maybe that would help that a little.

Again, knowing and trusting your doctor when you are well may make it more likely that you will seek care when you are sick.

A patient of mine

I’ll end with a brief story of a patient of mine in an attempt to put into words what I consider the best of what a doctor-patient can look like.  A discussion about annual physicals seems as appropriate place as any.  I have changed some of the details for privacy.

I met “Fred” about 17 years ago.  He has a few chronic conditions that we managed over the years.  I ordered a few necessary tests, I prescribed some medications.  The usual doctor stuff.

But mostly, when he came to see me, we just talked.  About his life back in the war, about his family (several of whom I came to know), about his hobbies.  Often, he asked about my family, my life, how was I doing.  Most people don’t ask about their doctor’s life.  That is as it should be –  these visits are not about the doctor’s well-being, they are about the patient’s well-being.  But Fred, nonetheless, asked me how I was doing.

Sometimes our limited time in the clinic was almost over when it dawned on me that we had not yet even talked about his health.  We got caught up in our “catching up.”  I’d say, “Sorry, Fred, we need to talk about your blood pressure” or some such medical thing.

I am certain that I could detect subtle changes in his health from one visit to the next, all because I knew him so well.

There eventually came an evening when I found myself holding Fred’s hand as he lay dying.  This was as I had long promised him that I would do if at all possible. I went to his funeral.  I miss him still.

Does an annual physical contribute to building relationships between doctors and patients like the one I had with Fred?  As we currently do them –  rushing around, ordering tests, typing on the electronic health record – our physicals probably fail to do anything like build relationships.  So I long for a system that fosters such relationships.

A routine physical that does that – now that’s something I can argue for.

Here’s one last chance to link to the Southern California Public Radio segment with me and Dr. Mehrotra.  Maybe give it a listen.

What do you think – is the annual physical of any benefit to you?

Leave a comment/reply below.