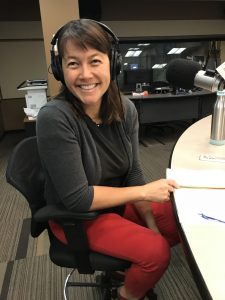 This week we did a Healthy Matters show about diabetes and I wanted to write a post about that topic while it is fresh in my head.  So I sat down to write but quickly realized that diabetes is probably the most wide-ranging medical condition of them all.  It has complex causes, different types, multiple risk factors, numerous complications, and lots of treatments.  It is a chronic illness that requires a team of health care professionals and dedicated patients to manage.  So I really can’t cover diabetes in a blog post.

At least one that isn’t of Tolstoy-like length.

Then I remembered a comment from a caller to last Sunday’s show.  Betty had called in with a question about diabetes, and she noted on the air that she had learned more in the previous 15 minutes of our broadcast than in all the years she had been living with diabetes.  (I love our listeners!)

So I thought, hey, I don’t have to cover all of diabetes, I’ll just summarize what we talked about in those 15 minutes, putting it in progressive levels of detail.  Sort of like college.  Except without the tuition.

Of course, those first 15 minutes of diabetes discussion didn’t come from me.  It was my guest, Dr. Laura LaFave, who skillfully broke it down for us.  That’s Laura in the photo above, taken just before we went on the air from the WCCO studios in downtown Minneapolis.  Dr. LaFave is an friend and colleague with whom I did my training at Hennepin County Medical Center many years ago.  Recently, she re-joined our clinical and teaching faculty at Hennepin.  (Hint:  you, too, can see Dr. LaFave as a patient if you need an Endocrinologist by clicking this link).

For the aurally-inclined among you, I really encourage you to listen to the podcast of the broadcast by clicking the banner here.  For those drawn to the written word, I’ll summarize the key learning points in the the following paragraphs.  Your choice!

Since to even summarize a little bit of diabetes will take some doing, I’ll break this post into two separate pieces.

If you listen to the podcast, the following topics come up in the first 13:00 minutes.  All of this is a paraphrased from Dr. LaFave’s expert comments.

Freshman level:  what is a hormone?

An endocrinologist is a doctor who treats problems with hormones, which makes many ask: what is a hormone? 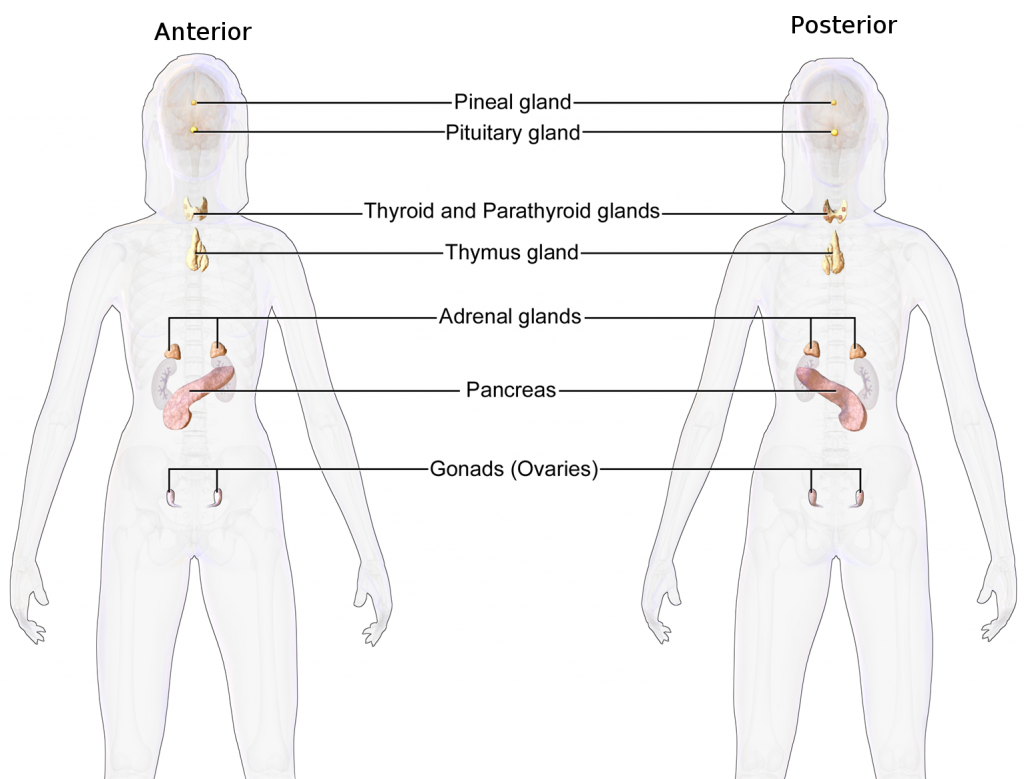 A hormone is a substance produced in one part of your body and does its job in other parts of your body.  A partial list of body organs that produce hormones are:

Dr. LaFave told us that in 2015, 9.5% of US citizens are living with diabetes, which is above 30 million people.  For white folks, aoubt 7.5% have diabetes, but for Native Americans it is twice as many, around 15%.  Latinos, Asian-Americans, and African Americans fall in between.  Which brings up crucial questions about WHY are there disparities between different populations of people?  Perhaps I can say a few words about that in Part 2 of this post in the coming week.

The part that is surprising is that 1/3 of these folks don’t know it yet.  They have undiagnosed diabetes, mostly because in the early stages, diabetes doesn’t have any symptoms.  Later on, it has plenty of symptoms (excessive thirst, excessive urination, weight changes, blurry vision, numb feet, and on and on and on).  But early on, people don’t know they have it.

So how is it diagnosed?

(Aside:  First of all, the full name is diabetes mellitus, roughly meaning “sweet urine” which means just what it says.  Legend has it that doctors of yore diagnosed diabetes by literally tasting the sweetness of urine.  Oh, for Pete’s sake)

Thankfully, I don’t have to taste the sweetness of anybody’s urine since there are three ways to diagnosing diabetes which all involve a blood test.  A second test on a different day is almost always done to confirm the diagnosis.  Here they are:

Fasting glucose.  Getting your blood tested for glucose (often referred to simply as “blood sugar”) after having fasted – not eaten – for 8-10 hours is a common method.

Here’s what the numbers mean for fasting glucose:

This blood test does not require fasting so it can be done at any doctor visit.  It measures the amount of elevated glucose that a red blood cell carries, so it is quoted as a percentage.  Since a red blood cell lives about 90 days in the blood stream, this is an effective way to measure the average blood glucose over a 3-month period.

Here’s what the numbers mean for hemoglobin A1c:

Oral glucose tolerance test.  This one is mostly used in pregnant women.

Type 1 diabetes was formerly called juvenile diabetes.  That name is obsolete since we have learned that young adults and sometimes even older adults can develop Type 1.  This is one of many autoimmune disorders in which the immune system gets confused for some reason and attacks its own body.  In the case of diabetes type 1, it is the insulin-producing cells in the pancreas that are the victims.  So people with this type of diabetes can’t produce the critically important insulin.  Consequently, the treatment for Type 1 diabetes always involves the administration of insulin.

A word on insulin’s function.  Dr. LaFave had a great explanation of it, going something like this. . . 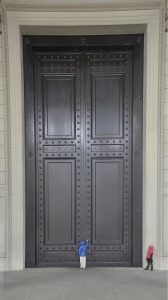 Knocking on door at National Archives
By Jarekt via Wikimedia Commons

After being produced in the beta-cells of the pancreas, insulin goes through the blood to all organs and tissues.  Think of it like a messenger, knocking on the door of the body cells, saying “Open up!” to let in sugar.  Sugar (glucose) is the fuel which drives the machinery of each body cell. Without insulin, the sugar can’t get into the cells, the cells can’t function properly, and the glucose just floats around the bloodstream.

I’ll talk about the consequences of too much glucose in the bloodstream in Part 2 in the coming days.

Type 2 diabetes is far more common since it accounts for 95% of those with diabetes, compared to just under 5% with type 1.

In type 2, the pancreas is able to make insulin, but the body doesn’t recognize that insulin so well.  This is called insulin resistance.  The insulin is there, knocking on the door, but the body is not responding appropriately.

There are lots of risk factors for type 2 diabetes, some of which we understand and some we do not.  The million dollar question is:  WHY are some people resistant to the vital role of insulin in their bodies?  We know being overweight can have something to do with it.  Family genetics probably play a role as well.

OK, that’s Part 1 of diabetes school.  In Part 2, I’ll cover risk factors, complications, and tips for reducing the chance of developing diabetes.  Look for Part 2 in the coming week.

If you want to see Dr. Laura LaFave for your own health care, I can’t recommend her highly enough.  Here’s a link to reach her or any of our Endocrine doctors and providers.

Stay tuned for Part 2 in the coming week or so!