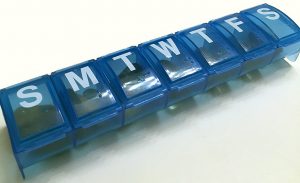 I know many people who take a daily aspirin in an effort to stay healthy.  I even know many doctors who recommend it.  But you may be surprised to know about what the actual medical science says about aspirin.

Back in 2016, I wrote a post that proved to be one of the most-popular that whole year.  In that post I described the guidelines for who, and who should not, be taking a daily aspirin.  Fortunately, that post is still largely accurate and these guidelines have not changed in the past two years.  You can read that 2016 post here.

But there is now a massive new study about a group of people for which there was no medical science one way or the other.  The new study, called ASPREE (ASPirin in Reducing Events in the Elderly) was just published in September 2018 and it specifically looked at healthy people over age 70.

The one thing you need to know

There is no data to support healthy people 70 and older for taking a daily aspirin, and in fact, it likely has more risks than any potential benefit.

I will expand a bit on this new data in this post. 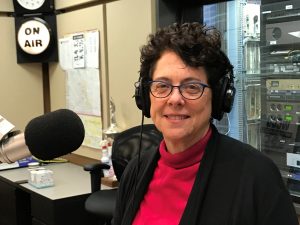 I have the great privilege to work with talented people from all over the medical fields.  On our Healthy Matters radio broadcast this past week, my guest was one of those people.  Dr. Anne Murray is a geriatrician and a prominent researcher and is the US Principal Investigator for the ASPREE study.  Working with colleagues from Australia over the past 10 years, Dr. Murray was recently published three times in the New England Journal of Medicine for this work.  For those of you not familiar with medical research, getting published even one time in the NEJM is a really big deal.  Three times in one month is extraordinary.

So she’s the real deal.  You simply can’t get higher-quality medical information than this.  I invite you to listen to the podcast of the aspirin discussion with Dr. Murray by clicking here: 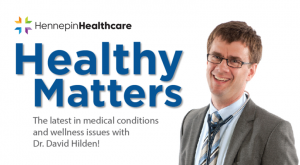 Aspirin YES or NO?

The ASPREE trial studied nearly 20,000 people who were at least 70 years old (or at least 65 for non-white folks) and who did not have significant medical problems.  Specifically, these folks did not have a stroke, or heart disease, or dementia.  They were healthy older adults.

Half of them were randomized to taking 100mg of daily aspirin and half to taking a placebo pill.  Nobody knew which pill each person was taking (that’s the “blinded” nature of medical studies that reduce bias in interpreting the results).  They used 100mg because that’s the dose used in Australia and much of the world.  It is the United States that landed on 81mg and called it a “baby aspirin.”

The results of the study were a bit surprising:  there was no benefit to taking a daily aspirin.  People didn’t live longer and they didn’t suffer fewer disabilities.  It didn’t prevent dying of heart problems, a stroke, and it didn’t prevent cancers as some people have thought.  In fact, what the researchers did find was an increased risk of bleeding in those taking the daily aspirin – a 38% increased risk at that.

No benefit + increased risk = the study had to be stopped a few months early.

If you want to dig deeper into a huge scientific study, you can read the actual ASPREE report directly in the New England Journal of Medicine.

I talked about this a bit in my 2016 post called Aspirin, should you take it? but it bears repeating now.  It is the concept of primary prevention vs. secondary prevention.

In medicine, primary prevention means trying to prevent a condition in people who have never had it before.  The classic example is trying to avoid a heart attack in someone who has never had one before.

Aspirin is well-known to be beneficial in secondary prevention.  In other words, if you have had a heart attack, or stroke, or coronary artery disease, or some other related conditions, then you should take an aspirin for secondary prevention unless your doctor has advised you not to.  (There are some people for whom taking an aspirin is just too risky, so always check with your doctor).

Conversely, aspirin has not been shown to do much good in primary prevention.  There is simply not much scientific data to support taking an aspirin if you are healthy.  The only real exception is people age 50-59 but even then it comes with a load of conditions which you can read about in my earlier post entitled, Aspirin, should you take it?

Aspirin is a complicated topic, and there is some hope that it may be beneficial for some other conditions (notably some cancers).  ASPREE is just one study, albeit a very large and important study.  As always, more research is needed.  But if you are a healthy older adult without vascular disease, heart disease or stroke, you likely shouldn’t be taking an aspirin a day.  And if you are taking one, I strongly encourage you to talk to your own doctor about whether you should stop it.  This study can’t address those of you already taking an aspirin a day, so talk to your doctor if you are.  Every person is unique!

If you want to learn more about aspirin in the healthy elderly, I urge you to check out the website for the ASPREE study.  And be sure to check out the podcast of the recent Healthy Matters show with Dr. Murray. 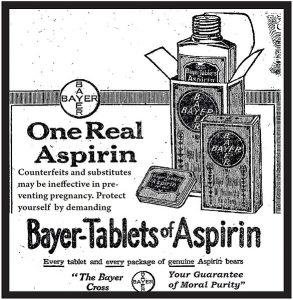 Aspirin is a powerful drug with lots of benefits, but read closely.  Prevents pregnancy?  Uh, no.  And “moral purity” is fairly grandiose claim!  Ha!

But it always amazes me that a drug developed in the 19th century is still the subject of intense research well into the 21st century!

My thanks to Dr. Anne Murray for lending her time and expertise on this huge topic.  She speaks around the world on this topic, and to have her right here at Hennepin Healthcare is a privilege.

Subscribe to this blog by e-mail below if you wish.  No annoying marketing, I promise!